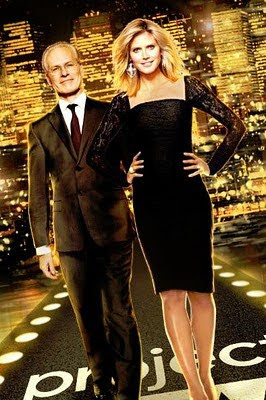 One of the greatest shows in television is on again, Project Runway. It seems like we just finished Season 6, which is true. Much like another favorite show, So you Think You Can Dance, I believe they are showing two seasons too close together. I think it cheapens Irina’s win. Although, given all the legal drama between Bravo and Lifetime, I know they had no choice. Also, with the exception of Irina and a few others, Season 6 was short on talent, with too few appearances and critiques from Nina and Michael Kors. But, I digress...
Season 7, let's Make it Work! First, Project Runway returns to New York . New York is a much better location for the show. I think there is a business and competitive spirit in New York that was lacking in LA. Also, maybe a bitchiness! Which brings us to the fact that Nina and Michael Kors can be more present in New York than LA, Hallejuia!
The challenge, grab material and fashion a garment to express who you are: 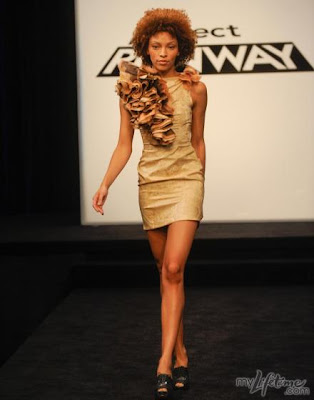 There was an awful lot of pouf going on as seen above. Picture above is Maya's design-uh, I think something threw up on your dress, Maya. Poufy sleeves, poufy skirts, weird poufy flowers. There was also a lot of bizarre color combinations on really tight dresses. The designers still had fit issues and puckering. Exactly what clients did these designers have before they came? I can't comment on everyone, so I picked a few standouts:

Ping- Ping doesn't use dress forms, she drapes it on her. When challenged by Tim Gunn she said she never gives anything to clients that doesn't look good on her. Wha? Huh? Red and plaid ponchos look good on her? Ugh. ick, blech and no. I know there is some entertainment value in having a contestant that is "out there" and unusual. But, that "dress" was a hot mess. All she did was drape her material over the model in a slightly different way for each swath of material. It was worse than something my preschooler could design. The fact that the guest judge, Nicole Ricthie, said she would wear it makes me seriously doubt Ms. Ritchie's sanity and fashion sense. 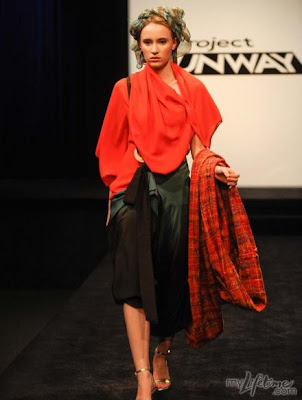 Anthony- Michael +Kayne = Anthony (but with less talent). What Anthony lacks in talent he makes up for in personality.
Emilio- I loved his silhouette. The pattern threw me a bit. I found the front of the dress a bit too busy. I understand that he won the challenge because he expressed his viewpoint. It wasn't the best dress on the runway. It certainly wasn't a dress I would purchase or buy. But, it was interesting and looked well made. 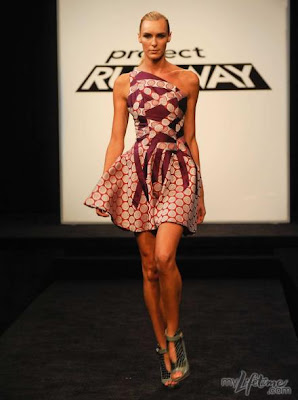 I still think the talent has been lacking since Rami and Christian's season. Rami is one of my all-time favorite designers.
Possible Best Line of the Night: It was like fat people and a buffet in Vegas- Anthony.
My favorite, Tim Gunn (Don’t you just love him?) was in the last episode of How I Met Your Mother *(A good show that my husband and I both enjoy watching together. This is rare since my taste runs more along the lines of Project Runway and Grey’s Anatomy and his are the History of the Gun and Big Game Hunting. Also, Neil Patrick Harris (Doogie Howser) is hilarious, and Willow (Alyson Hannigan) is on the show-Bonus!. Tim was brilliant as a tailor/suit healer. Just brilliant-he made it work!

Email ThisBlogThis!Share to TwitterShare to FacebookShare to Pinterest
Labels: Thoughts and Musings, TV