I rarely watch many Oscar nominated films. I've tried in the past to watch all the nominated films and found that they are usually pretty horrible or boring in the name of "art." There are exceptions, of course, but generally-blah. This year I watched several of the nominated films and really liked them all. I'll be watching tonight to see who wins...OK, honestly, who is wearing the best dress. Here are my picks for the actresses (and one male because I only saw one of those films!) All film clips are via youtube.
"Bridesmaids"-I resisted watching this movie form months because I thought it would be really lame. I was so wrong. Melissa McCarthy MADE this movie. Her, and Wilson Phillips. Hilarious. A lot of people billed this as a female version of "The Hangover," but I think this was much funnier. I'm glad Melissa McCarthy was nominated, her acting was superb. She was in one of my favorite series, "Gilmore Girls," so it was really neat to see a different character. But, she's not my pick for the win.
"The Help"- I loved the book. I also Love Emma Stone, so I knew I'd like the movie. I thought the movie was really good with great performances from all the ladies. Viola Davis and Octavia Spencer were especially impressive. I plan on showing this movie to my daughters when they are old enough to appreciate how far our country has come.
"The Iron Lady"- Meryl Streep IS the movie. It's sort of a weird movie, but masterfully done. Meryl Streep is really beyond amazing; effortless and captivating. I love learning more about successful women and Margaret Thatcher definitely was quite powerful. Bonus, Giles from Buffy has a major role in it. If Meryl doesn't win the Oscar for her performance in this movie, it will be a great injustice. No offense to the other nominated actresses, but Meryl is AMAZING in the movie. She's my pick for Best Actress.
The only film I saw with any actor nominees is "Moneyball." I really enjoyed the movie. I'm not normally a huge Brad Pitt fan. I liked him in the Oceans series and "Mr & Mrs Smith" (I hate that I love that film since it was basically the end of a marriage), but he's not one of my favorite actors. I have to say that I really liked him in this movie. What a great choice in casting. Jonah Hill was also really good. Does Brad Pitt get my Oscar vote? Hmmm, well, I haven't seen any of the other movies, but I'll vote for George Clooney in "The Descendants" because I want to see him accepting the award. George Clooney in a tux...ahhh...
That's my Oscar preview. Other than "The Descendants," what other Oscar movies do I HAVE to see? Which woman do you think will win for Best Actress?
No comments:

Today my husband and I are heading to Austin for date night. We normally don't leave the city for date night, so this is pretty unusual. I bought my husband tickets to see his favorite comedian (Jeff Dunham) for Christmas and its finally time to go to the show! Hooray. We'll be able to squeeze in dinner with friends at my favorite Austin restaurant, Z Tejas. I've loved eating at Z Tejas for years. It reminds me of great times spent in Austin, plus, their Ancho Chile Fudge pie is amazing. We'll have a fun night in Austin and then go separate ways-me back to Houston to get the kids and him to a ranch to go hunting. Ah, romance. At least I'll get a date with my husband out of it!

Good Morning, Austin. By morning I mean, I was here before 7am. And it was cold. 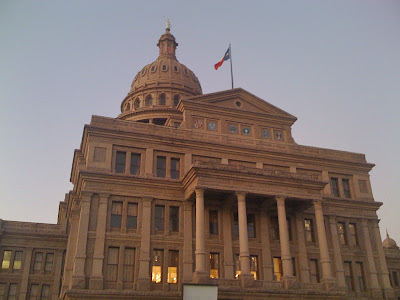 This weekend we traveled to Austin so that I could run the Austin Half-marathon. Fortunately Regan and my friend Tobin were able to run with me. It was so much easier to run with friends than running by myself. I didn't even listen to my ipod once, even though I downloaded a bunch of great songs! Regan was a great running partner; the race was almost fun. Ok, it was a little fun. That said, the Austin Half-Marathon has got to be one of the worst routes ever-there are hills pretty much the whole race. The kicker are the hills just after mile 11 and at 12 and 12.6. That's just mean! 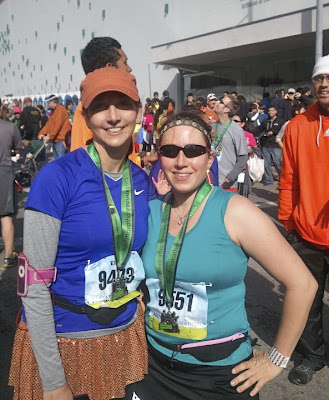 Tobin kept Regan and I going until the finish line. We finished in 2:40. I was pretty happy with that given ALL the hills (which I couldn't really train on, but I've heard running parking garages helps) and potty stops. In case you were wondering, this brings my total for half-marathons to 3 in a little less than a year. I'm kind of tired.
After the race, my family decided to drop in at our Property for a "quick" errand. The good news is that the Property has gotten a ton of rain. 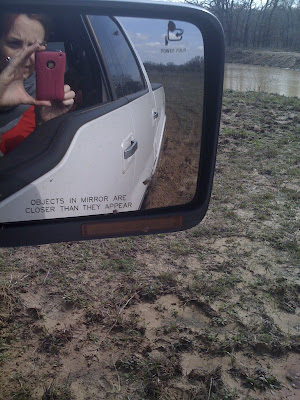 Or rather, the Property has gotten ALL the rain. The mirror should read "Objects in mirror appear muddier than they appear"!! Rain + Dirt = A LOT of mud. Enough to get the truck stuck. 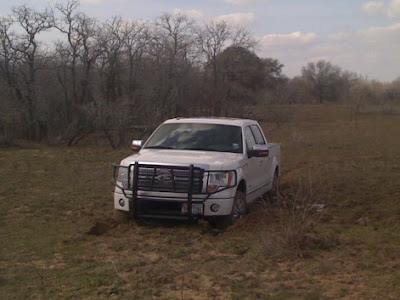 The mud was just under our doors, and all the way up to the back truck bed. Thank goodness our neighbor was home and has a tractor, Mule, and 4 Wheeler. Thank goodness for kind country neighbors!
2 comments:

Friday Favorite-The Greatest of These

I'm in the process of redoing the gallery wall. I just can't leave well enough alone...But, I'm really happy that I have decided to retool the wall because it allowed me to find this print. 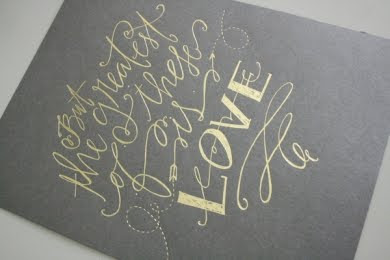 Via Jones Design Company Shop
From Lindsay, in combination with Emily at Jones Design Company. Unfortunately, it's sold out now. You should definitely bookmark the shop, you never know when they might decide to offer more. The print is lovely, substantial, and makes a great impact. I think it would make a great wedding or anniversary gift (for you or your favorite couple). I'm so happy I bought my print when I did!
Today's Friday Favorite- The Greatest of These print.
1 comment: 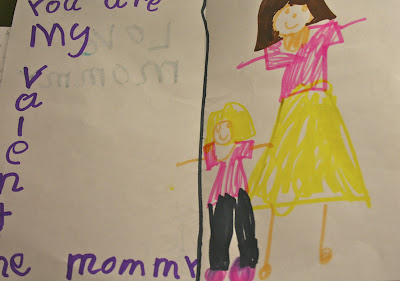 The card says, "You are my Valentine Mommy." Awww. Handmade cards and lots of hugs and kisses; that's the best Valentine's Day card. You'll be happy to know that she and her sister got chocolate chip heart pancakes this morning. Mommy and daddy may not celebrate Valentine's Day, but that doesn't mean we don't want to show our girls that they are loved!
Happy Hallmark Holiday!
1 comment:

It's no secret that I love Trader Joe's. LOVE. In fact, for Christmas, my bestie sent me a huge box of Trader Joe's goodies. It is in contention for the best gift ever! I got these a few weeks ago-- HEAVEN. 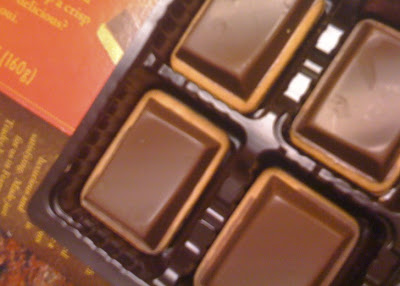 Delicious salted caramel chocolate with shortbread cookies. I mean, really. ALL of that is good. 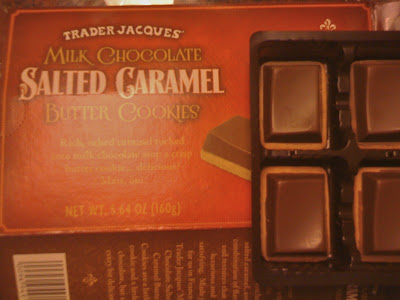 The packaging slays me; Trader Jacques! Ha. Love it. I've heard that Trader Joe's cycles its products, so I'm sure these are probably not sold right now. But, if they are and you can get your hands on them-GET THEM. They are SOOOOOOO delicious. If...ahem, you can get your hands on some, we need to make a deal!
Trader Joe's Chocolate Salted Caramel of Deliciousness-my Friday Favorite.
5 comments:

Email ThisBlogThis!Share to TwitterShare to FacebookShare to Pinterest
Labels: Food, My Favorite Things

I'm sure we all watched the Super Bowl, at least tuning in to the commercials, if not the game. There is one commercial that I didn't see during the game, but I've watched it several times. My friend Pam told me about it. You need to see it for yourself.

I love that Budweiser just decided to do something nice for these guys. It's an experience they will never forget. How incredible. This is definitely my favorite commercial, probably ever. Way to go Budweiser, that's how you make an impact.
1 comment:

Email ThisBlogThis!Share to TwitterShare to FacebookShare to Pinterest
Labels: My Favorite Things, Thoughts and Musings

This past week at work has required more retail therapy than I can justify. The company I currently work for is moving to another city several hours away. Moving is, for a number of reasons, not an option. So, I am officially looking for a job. Fortunately, I have some time before my department will move. But, yeah...lots of emotions and worries.
I am DYING over the Pieced Column Dress from Anthropologie. 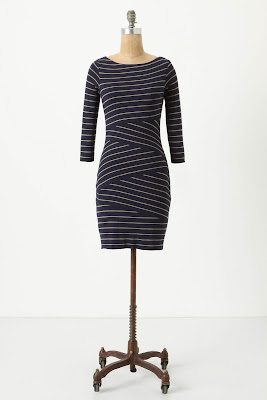 via Anthropologie
DYING. No surprise, stripes + Anthropologie=my idea of perfect. It makes no sense in my life. When would I wear it? I have no idea and honestly, I don't care. It's so pretty. Also, I think it looks pretty hott. I might have to try this on...just in case...
I want this sweater from J Crew in every color. 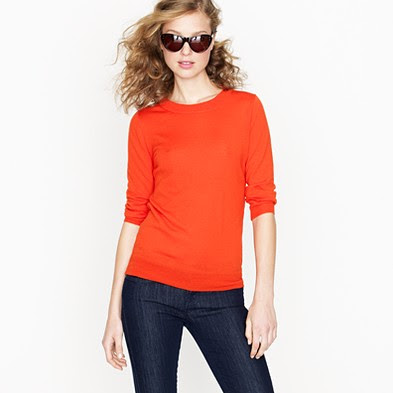 via JCrew
It looks like this is a perfect wardrobe staple. But at almost $80 each? Not happening.
Hello, pretty work shoes with a little personality! 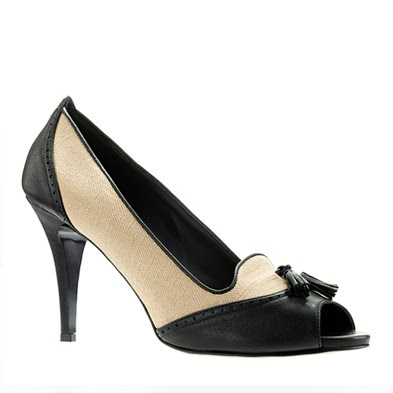 via JCrew
Also from J Crew. Duh.
I'm also kind of dying for a pair of colored skinny jeans. It's a little 90s, but still seems like fun. 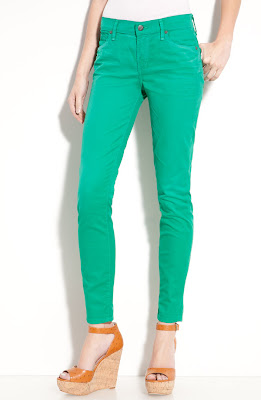 via Nordstrom
I know- totally trendy. Which is why I would never pay over $100 for a pair. Of course, I want them in green, pink, and red,...and possibly yellow. Still, how fabulous would these green jeans look with a black & white striped top? Or, a denim belted top and leopard shoes? Awesome.
Until I get all my wish list items, I'll be stalking the Jason Wu for Target line. SO excited!!
Today's shopping list is my Friday Favorite.
2 comments: