To any Aggies who may be reading this, let me just say, you might want to stop now. Count your blessings that next year the tailgating food in your conference games will be out of this world fantastic.

It's no secret that I am a HUGE Texas Longhorns fan. My blood runs orange. Football is a big part of who I am and what I like to do. Yesterday's game against A&M was a big one. Not because it determined a bowl game or national championship, but because it is the last Texas v A&M game for at least several years. Which means bragging rights for about 10 years. Never mind that Texas has the better record overall. I wanted the win, I needed the win, I COULD handle the win!
I would say parting is such sweet sorrow. But, really it's not. I am so glad that A&M is leaving the conference and SO GLAD that we won.
That's a bit short. I have lots of thoughts on A&M leaving the Big 12 conference and what it means for them in the SEC (not good things, I expect for at least another 10 years), and what it means for us (finally able to make whatever deal we want). Am I a little sad to see a century old rivalry end? Eh. Truth be told, the Texas v A&M rivalry has been much less over the past ten years. As Texas and OU have made more of a national impact on the football field, Texas A&M just hasn't meant that much to us. Don't get me wrong, it's still SO sweet to beat them. But, my sense of school pride has never been dependent on them (ahem, A&M- see also school song, cheers, moves, etc...).
You may wonder why I haven't written that much about this college football season since I love college football so much. Well, for awhile I really didn't know that much about how the Texas team would gel. We have a young team with new Offensive and Defensive Coordinators. I didn't know much about McCoy or Ash, but had high hopes for them. It seemed like every week the team has a new stand-out player. All the newness made it difficult to say anything. Then, I found out about what *allegedly* happened at Penn State, and frankly, I was sick about it for weeks.
But, this win is pretty damn sweet.
So, I have many thoughts. In a nutshell-I'm so glad we won. Also, good God Tucker can you kick longer punts every once in awhile...OK, you made the winning Field Goal, you're forgiven. God, I LOVE Texas football!
Texas beating A&M for the last game in a century old rivalry- Hell yeah, that's a Friday Favorite!
Hook 'Em!
1 comment:

What a day. I don't know about you, but I enjoyed the HECK out of today. Thanksgiving is such a fun holiday. It's like a giant freebie of time to spend with family and friends without any real pressure other than eating. All you HAVE to do is watch the parade, a little football, and eat. I can handle that!
Today was awesome mainly because my brother and his wife came to spend the day with us with their adorable boys. I got to snuggle my sweet baby nephew and hear the peals of laughter of my other nephew playing with my daughters. Yes, there were tears. And, whining. We forgot the place-cards. Some of the dishes didn't come out exactly as planned. *However, I made some STELLAR dishes, recipes to come later. Oh My Word, amazingness amazing.* Unfortunately, M was ill most of the day. Even if it wasn't picture perfect, the time was well spent. My brother and sister are both in the military so between their job demands, TDYs, and family demands, we don't get to see each other as often as we like. So, it was nice to just have a day to chill. Also, my brother helped me hang my Christmas present (which I am SO excited about). You'll have to excuse me, I have one last football game to watch (TEXAS v Texas a&m) and find about a vat of lotion for my poor dishwater hands! 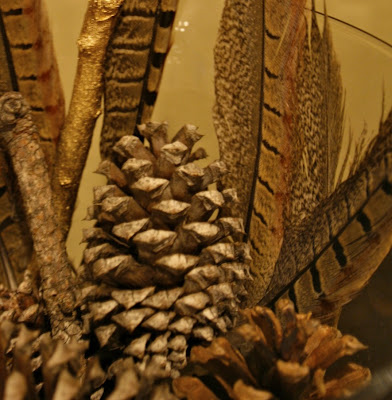 I hope your day was full of food, football, and family.
2 comments:

This shirt is genius. 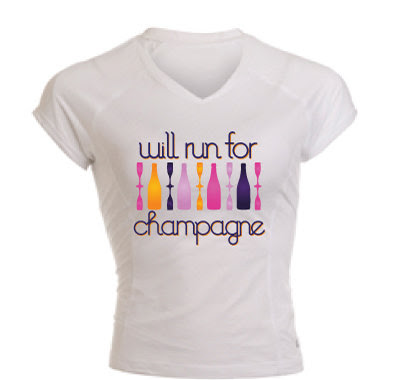 At least to me. Hat tip to Jennie for the heads up. Now I just need to decide whether I should "run out" and buy one, or if I can wait for Christmas. Either way, I need one. I kind of feel like my running buddies need a few as well!


Go get your run on. And a little bubbly at the same time!

Email ThisBlogThis!Share to TwitterShare to FacebookShare to Pinterest
Labels: Ideas from the Internet, My Favorite Things, Shopping

Fridays are usually reserved for an awesome find. Today, I need to salute. To salute all the veterans and their families who have worked to protect our freedom. To salute the brave men and women who complete their missions at home and abroad. To salute the families left behind during combat missions. To salute those in combat, those who support combat missions, and those who protect us in times of peace. Thank you, veterans.
Today I saluted one of my favorite veterans (my husband) by giving him the covers. It was the least I could do!
1 comment:

Or: How to Transform a Room into a Tiffany Box

A few months ago I felt the need to paint! and redecorate! You don't start redecorating different rooms before you finsih the first room? Weird. What can I say? I'm a glutton for punishment and easily distracted. So, I turned my attention to my girls' room. 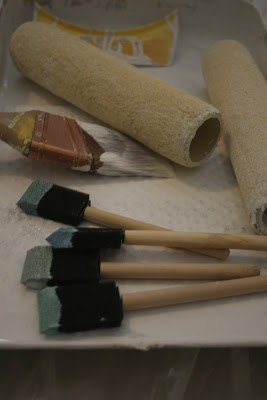 Their room had been a light lavender and lime color. In case you are wondering, SW Lime Granita. In fact, those colors had been the same ones we used in the nursery. After seven years of the same paint colors, I decided to change it. My daughter desperately wanted turquoise. I picked orange (Mistake #1). 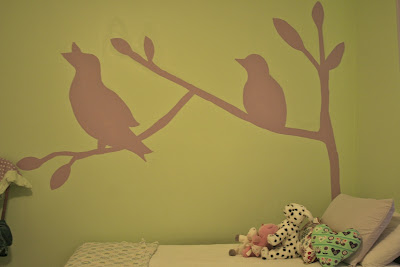 I thought it would be a lovely sherbet color. In my mind I knew it would be perfect with white and pink accents. Notsomuch. It was very BRIGHT. I think it kind of made my kids crazier. After a few weeks of living with the orange, I decided we needed to move to a more soothing color. You can see the color AFTER I tried priming it. That's how bright it was! 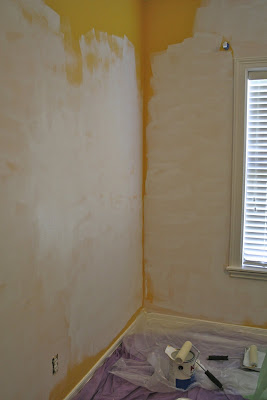 This time, I let the girls pick. They picked SW Aqueduct (color matched by Lowe's). Did you know Lowe's color matches? It does-ANYONE's color. Even Benjamin Moore. Amazing. Saved me lots of $$$. I used to be super loyal to Sherwin-Williams. But, the Lowe's brand worked fabulously. Great coverage and about half the price. Also, I paid $$ for the super brand of Sherwin-Williams paint for the awful orange color and was still sort of pissed about that! The other colors below (BM Waterfall, SW Aqueduct, BM Robin's Nest, Valspar Beach Sparkle), all color matched at Lowe's. Lowe's, I love you! 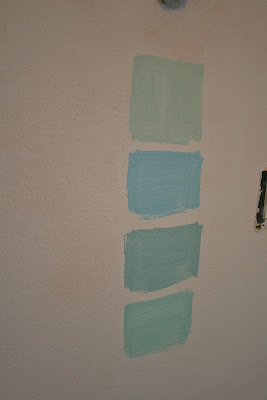 The finished product- Lovely. Thanks again to my wonderfully patient friend Heidi, who came over to repaint what she just helped me finish painting 3 weeks earlier! The girls' room now reminds me of a Tiffany box. The color is perfect and I think it might have calmed my girls down a tad...maybe?! We are thisclose to finishing the room, hopefully with pictures to follow this week. 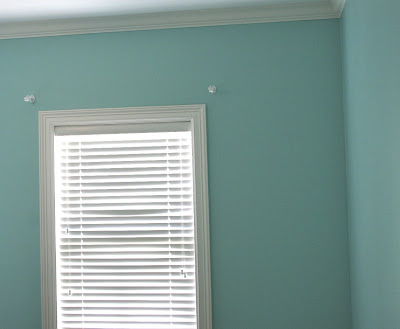 Secret to a Happy Marriage

Well, I don't know if this is a secret, more like observations.

Things my husband has purchased lately: a log splitter, a hog trap (for feral hogs), about a million pounds of deer corn

Shows on my DVR: GLEE, Ringer, How I Met Your Mother

Edited to add: Our Kindergartener has homework to disguise Tom Turkey from the hunters. Want to take a guess on what animal my husband is taking our other daughter out hunting soon?

Sometimes I wonder how we are even married. Yeesh. In case you are wondering, yes, I did (unknowingly) marry Ted Nugent!
No comments: