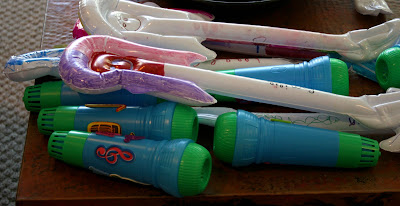 Ok, enough being upset about missing my race. What would make me happy?! Hmm, party planning. Since I don't have a big party in the works right now, I found a few pictures from my daughter's 6th Rocking Birthday to share. I've shown you the invitations, decor, and a few activities. Here is a little bit on the rest of the party.

I wanted to give the guests to feel like Rockstars in training-each received a VIP pass and lanyard when they entered the party. Then, it was on to Hair & Make-up where they got hair "extensions" and tattoos. 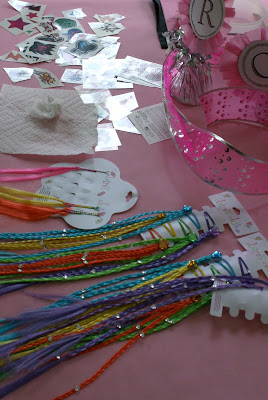 The art activity was to decorate instruments and microphones. 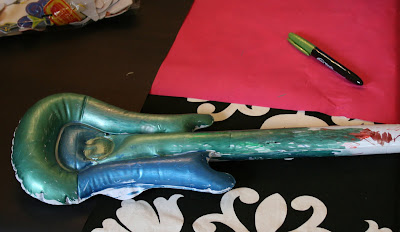 After the rockstars were dressed and in tune, the girls hit the "stage" to do a little karaoke to Disney's Wii Sing It! game (next time I'd get the Disney movie version. The game we used was a little advanced for the majority of the girls). 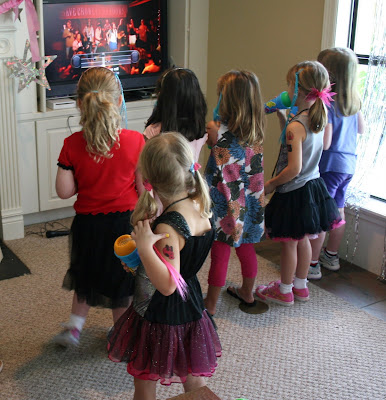 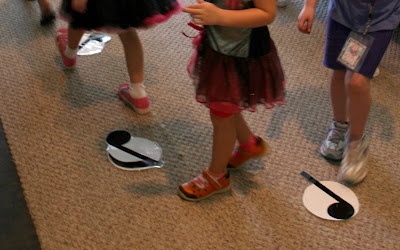 We followed with a little musical note musical chairs (laminated musical notes) followed by a Silly String fight. What better way to prepare these little rockstars for hotel room demolition than by demolishhing some silly string?! The girls (and adults) had a blast. I'm definitely adding Silly String to our parties. 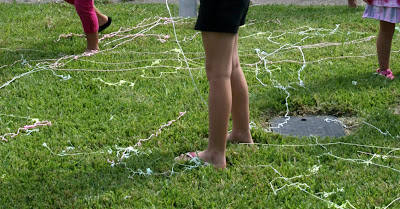 The grand "finale." Well. usually it would be. The cake. I think this cake was a little better than my "fairy toadstool" version. But, still, cakes are my downfall. Good thing that the kids don't seem to mind too much, yet! 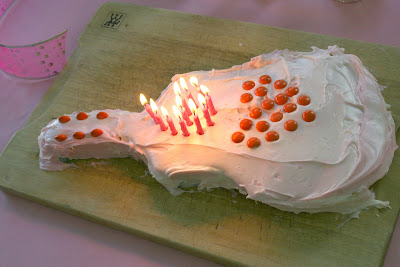 Ah, now I feel much better. Parties always make me smile...even when the cake doesn't look that appetizing!